Mould Removal Services: 4 Indicators You Have Mould in Your House

Mould thrives better in damp areas. So if your home is infested, it means there is some leakage somewhere. Some common areas prone to dampiness include the shower, under the carpet, the basement and near your HVAC appliance.

If you have spotted mould in your home, you should have it removed by professionals at once. Mould can affect the air quality and your health. The following signs can tell you when to hire mould removal services.

1. You Have Allergies and Respiratory Issues

When you develop respiratory issues, a visit to the doctor for treatment should generally suppress the symptoms. But if you notice a recurrence of the same, you should find the root cause of the respiratory problem. Constant exposure to mould leads to health problems such as nasal blockage, watery eyes, and persistent cough. It can also lead to skin irritation and respiratory complications in severe cases.

Therefore, start by checking the previously mentioned places and see if there is mould growing. If there is, that is probably the reason your visits to the doctor have not been fruitless. Therefore, you should hire mould removal services.

Typical walls should look and feel smooth. If your walls are wet, bubbles and mould will start forming, making it unsightly. The bathroom and the basement are two of the main places where you can easily spot this sign. However, you can find the same near leaking pipes and windowsill. The solution to this is to call for mould removal services to clear the mess. You will also need to repaint and restore your wall.

3. There Is a Musty Smell That Won't Go Away

Have you noticed a musty smell that does not seem to go away despite a thorough clean? That smell might indicate that mould is growing somewhere in your home. You can try to trace where the odour is coming from, starting with all the damp areas of your home, and call mould removal services.

4. The Presence of Rust

For rust to occur, there must be water involved. So if you notice rust, your house is likely affected by mould too. Any rust on metallic surfaces in your home is a sign that the surface has the potential to support mould growth. With that said, you should consider mould removal before the situation worsens.

Mould removal is vital because it protects you from health issues and protects your house from damage. It is the only sure way of permanently solving mould problems. Contact a mould removal service for more information. 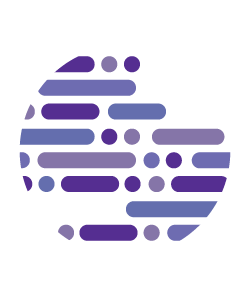 If you want to keep your home free from germs and disease, there are some easy steps you can take. This site will outline everything you need to do to keep your home or office space clean. While we aren't pros, we have spent a long time learning all we can about little tasks you can complete which will make a blog difference. So, if you want to find out about how to dust properly, what to look out for when buying cleaning equipment or if you want to find out when it is time to call in qualified cleaners, you are in the right place!